After a good night’s sleep, yesterday’s horrid day seems less so. The plan was to walk about 20km and get a ride to Azambuja, returning the next morning. For some unknown reason we continued the hard slog through mostly industrial areas ending up tired, grumpy (me) and with two blisters (me again). Oh well. Today is another day. 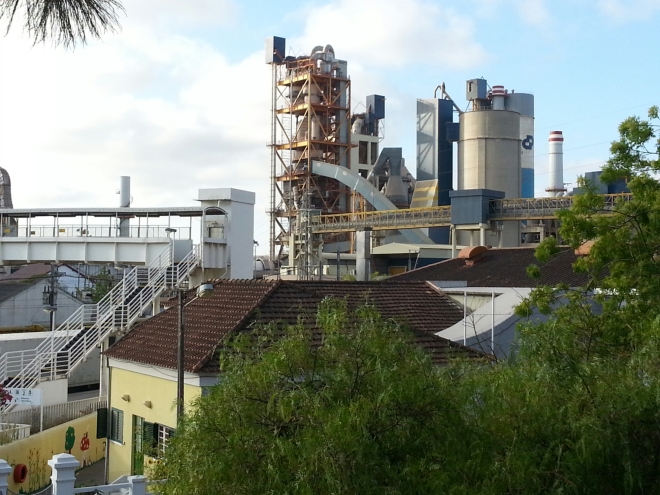 Industry along the route

Hard surfaces are problematic for dodgy feet. And all walking has been on hard footpaths. Anyone behind me would think I was drunk or disoriented as I meander left and right in search of uneven ground in a vain attempt to protect my feet.

Not that there is anyone behind us. After two hours of walking on the second day, we saw our first fellow peregrino. A Frenchman who was soon only a speck in the distance. Then a couple of Italians and a Canadian three hours later. At dinner I guessed there were about twenty in all. We walk alone for hours meeting up in cafés or picnic spots. 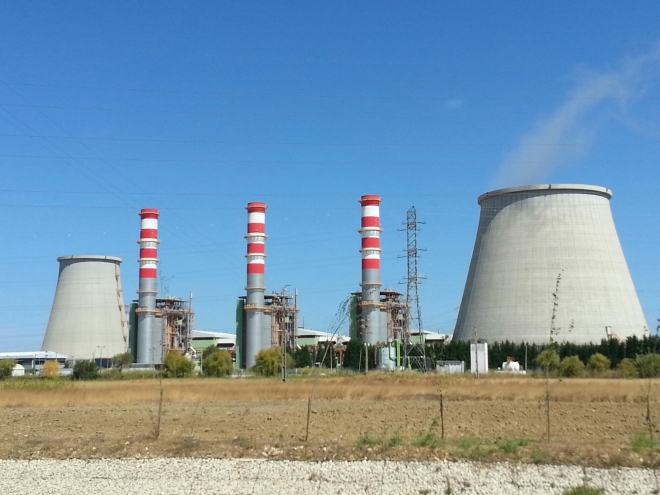 I get a buzz from walking

Our first experience of dangerous road walking (we had been warned!), actually gave me quite a buzz. Weird I know, but I got a kick out of facing the challenge of walking on the verge (if there was one) of a National Road with the roar of heavy trucks, busses and other vehicles of all shapes and sizes in my ear. Later in the day I’d had enough! 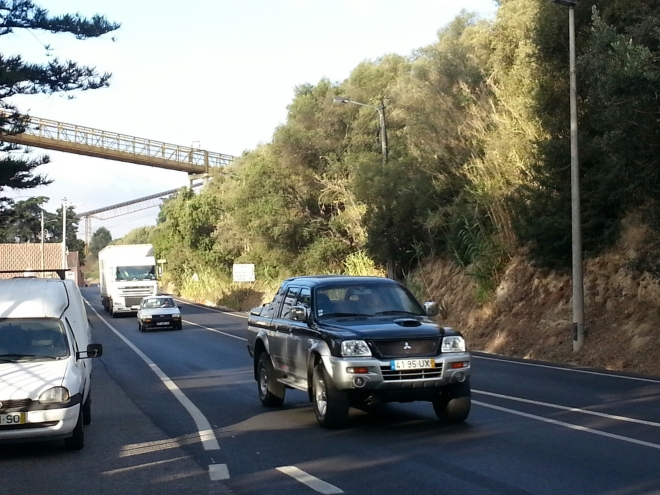 There were some bright spots.

And I solved the mystery of the tomatoes discarded in the gutter all along the route. Many of the passing trucks were filled to overflowing with tomatoes.

As the Joanne behind Travel with Joanne, I hope to encourage you to explore Sydney beyond the usual tourist sights.

Find out more about me here.